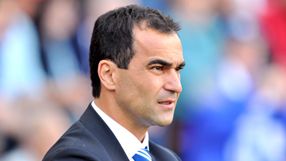 The Latics boss has admitted to a charge of misconduct in relations to remarks made about Danny Welbeck, who controversially won United a penalty in the first-half.

Martinez also believes the England international should’ve been sent off for a challenge on Franco di Santo and criticised referee Michael Oliver in the wake of the loss.

"The charge was in relation to a breach of FA Rule E3 concerning media comments which implied that the match referee and/or match officials in general are motivated by bias and/or brought the game into disrepute," a statement on the FA website read.

"Martinez, who had requested a personal hearing, was also warned as to his future conduct."

Following the defeat, the Spaniard said: "I have come to United three times before today and for whatever reason we don't seem to be measured in the same manner as the team at home.

"Today the penalty is as bad a decision as you are going to see in the Premier League. In many ways, you feel as though you are fighting against a mountain.

"There were tackles flying around that if they had been the other way round there would have been a couple of red cards."