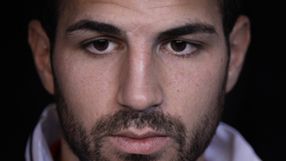 Fabregas was substituted in the 69th minute of the 2-0 loss in Portugal with his team mate Emmanuel Eboue also suffering a knee injury.

GEAR:10% off Arsenal home, away and retro kits, courtesy of online retailer Kitbag

"Eboue will be out for a while and we will have to asses Fabregas tomorrow (Wednesday)," Wenger told the club's website after the match.

"It could be two to three weeks. It is very disappointing because I had a hesitation to play him (Fabregas) before the match started. I took the gamble and it backfired on us."

Arsenal face Aston Villa in a Premier League clash on Saturday and Wigan Athletic in the League Cup quarter-finals on Tuesday.