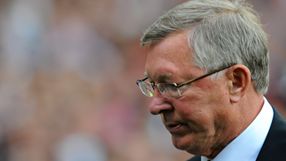 Ferguson was charged on Thursday over comments he made about referee Martin Atkinson after this week's 2-1 defeat at Chelsea in which he said he had "feared the worst" when he had seen who was officiating the match.

The Scot cancelled his customary pre-game news conference on Friday while he considered whether to appeal with a club spokeswoman later confirming in an email that "Yes, he has" decided to appeal.

He had been given until Tuesday to say whether he would contest the charge, which followed criticism of Atkinson after Chelsea came from behind to win with a Frank Lampard penalty awarded when Chris Smalling was ruled to have tripped Yuri Zhirkov.

The Scot was also angry that Chelsea's Brazilian defender David Luiz, who had equalised, escaped a red card for a second-half challenge on Wayne Rooney.

"It was a major game for both clubs and you want a fair referee," Ferguson said. "You want a strong referee anyway and we didn't get that."

Ferguson had shunned the media spotlight on Friday, cancelling a news conference where he would have been expected to talk about Sunday's Premier League match against Liverpool. Local media also reported he was not even speaking to the club's in-house television channel MUTV.

Some of the comments that have got him into trouble with the FA were made to, and broadcast by, MUTV which is where Ferguson usually speaks when he has decided not to give news conferences in the past.

The defeat by champions Chelsea has thrown the title race wide open just as United had started to look like they were heading comfortably towards a record 19th championship.

With 60 points, they have a four-point lead over second-placed Arsenal but Arsene Wenger's side have a game in hand.

By the time Ferguson's team kick off at Anfield on Sunday, against the rivals who will be hoping to derail United's bid to beat the championship record they currently share, their lead could have been cut to one point as Arsenal play on Saturday.

By the time United play their next match after that, it could be without Ferguson in the dugout as the manager has a suspended two-match ban hanging over him from a previous punishment which could kick in on top of any new penalty if his appeal is unsuccessful.