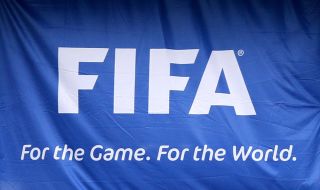 FIFA has raised the age limit to 24 for the men’s football tournament at next summer’s rearranged Olympics.

The tournament is usually for under-23s, but the governing body has made the change to allow players who were eligible for the Tokyo Games this summer to still take part next year.

Any player born on or after January 1, 1997 will be able to play, plus the three allocated over-aged players.

The men’s tournament will kick off before the July 23, 2021 opening ceremony in Tokyo, while the women’s event has no age limit.

FIFA has also called off all men’s and women’s national team games set to be played in June 2020 as the coronavirus pandemic still grips the world.

The governing body had previously announced that it would not be compulsory for clubs to release players for those games, but now they have been wiped off the calendar.