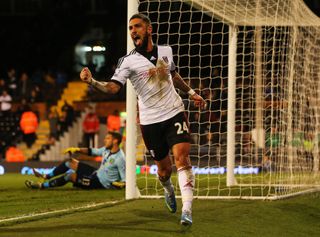 Fulham are hovering just a point above the relegation zone after taking only 19 points from 21 league games so far.

The London club have improved slightly under Rene Meulensteen, who took over from fellow Dutchman Martin Jol in December, but have still lacked consistency as they have won three and lost four of their last seven top-flight encounters.

Iran midfielder Dejagah avoided the drop with Bundesliga side Wolfsburg in the 2010-11 season and is confident of repeating the feat with the Craven Cottage club.

"It's not a good situation for us at the moment," he told the Fulham and Hammersmith Chronicle.

"There are a lot of teams fighting against relegation. I was in the same situation once with Wolfsburg. It's hard, but we managed to stay up.

"We have a good team and good players. If we all concentrate we can do it."