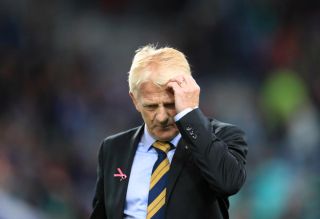 Former Scotland manager Gordon Strachan will no longer be used by Sky Sports after controversial comments in which he appeared to conflate convicted sex offender Adam Johnson’s situation with racial abuse.

Johnson has recently been released after serving three years in prison for engaging in sexual activity with a 15-year-old fan, and the ex-England winger has not ruled out a return to football.

Strachan said in his role as an occasional contributor on The Debate earlier this week: “If he goes on to the pitch and people start calling him names, have we got to do the same as it is to the racist situation?

“Is it all right to call him names now after doing his three years – have we got to allow that to happen?”

Strachan is not an employee of Sky so is not subject to its disciplinary protocols, but the broadcaster has distanced itself from the Scot’s remarks and Press Association Sport understands he will not be used again.

A Sky statement said: “The comments were made by a guest on The Debate. Of course Sky Sports does not support the comments and we’re sorry for the offence they have caused.”

Press Association Sport is seeking a response from Strachan or his representatives.