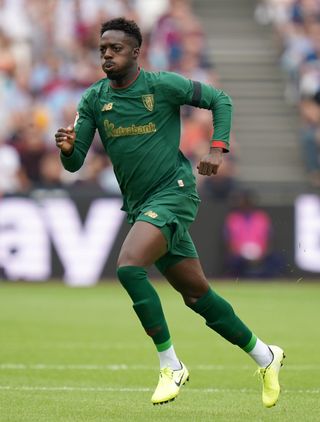 Granada beat Athletic Bilbao 2-0 on Saturday to begin the new LaLiga season as they ended the last one.

Yangel Herrera and summer signing Luis Milla were both on target as the Andalusian side eased to victory at Los Carmenes, following up their 4-0 thumping of the same opponents on the final day of last term.

Substitute Inaki Williams hit the crossbar for Bilbao but Granada held on and will go into Thursday’s Europa League qualifier against Albanian club Teuta with confidence.

📊 @GranadaCdeF and @caosasuna_en – both promoted in 2019 – share top spot after the opening day of the season!#ViveLaLigaSantanderpic.twitter.com/kNo6nZ7SbY— LaLiga English (@LaLigaEN) September 12, 2020

Promoted Cadiz endured a disappointing night in their first top-flight game for 14 years as they were beaten 2-0 at home by Osasuna.

Cadiz were without coach Alvaro Cervera, who tested positive for Covid-19 last week, and his side were stunned early by a 10th-minute goal from Adrian. Ruben Garcia wrapped up Osasuna’s win 11 minutes from time.

Eibar had Pape Diop sent off after 87 minutes as they played out a goalless draw with Celta Vigo at Ipurua.

Denis Bouanga opened the scoring from the penalty spot at the Stade Geoffroy-Guichard and Mahdi Camara wrapped up the points eight minutes from time.

Daniel Congre scored twice as Montpellier claimed their first win of the new season with a 3-1 victory over Nice.

Congre bagged two in the second half after Gaetan Laborde opened the scoring in the 18th minute at the Stade de la Mosson. Dante claimed a consolation for the visitors.

Bundesliga side Union Berlin needed an extra-time winner to see off Karlsruher 1-0 in the German Cup, Nico Schlotterbeck netting in the 118th minute.

Champions League semi-finalists RB Leipzig eased past Nuremberg 3-0, while there were convincing wins for Borussia Monchengladbach (8-0) and Augsburg (7-0) over Oberneuland and Eintracht Celle respectively.