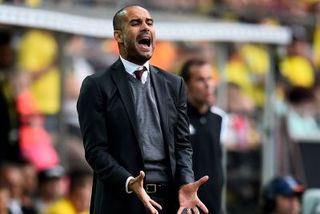 Amid late drama, Preussen pulled one back through a Rogier Krohne penalty before Robert Lewandowski missed a spot-kick, having been hauled down by Marc Heitmeier.

Preussen defender Heitmeier was sent off for the foul to cap off a disappointing day the hosts, but Guardiola paid tribute to their early endeavour, which meant Manuel Neuer was forced into two smart saves.

"I congratulate my team for their professionalism," said the Spaniard.

"Until the Gotze goal, Munster were better than us. After the goal we were better and in the second half we were much better. Therefore, I am satisfied.

"But you have seen that we still need time."

Ahead of their Bundesliga opener against Wolfsburg on Friday, Guardiola went to add that Bayern were keen to add to their squad, having been hit by a long-term injury to Javi Martinez.

The Bundesliga champions have been linked with Roma defender Mehdi Benatia recently and Guardiola said the club would explore their options in the market.

"If there is a transfer possible, it would be good," he continued.

"If it is not possible, we will continue to work with the players that we have."