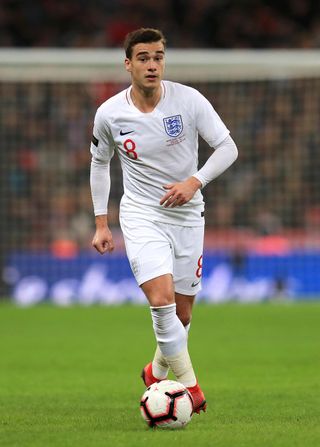 Harry Winks is back in the England fold once again and admits it has been difficult to watch from afar as the Three Lions have reached consecutive semi-finals.

The 23-year-old missed out on the run to the last four of the 2018 World Cup before getting fit and starring in a 3-2 Nations League group-stage win against Spain last season.

After starting the season back in the Spurs side, Winks was recalled to the England squad having only picked up three caps – even though Southgate is a big fan of the midfielder.

“Yes, I spoke to the gaffer the week before the (Champions League) final,” he replied when asked if he understood why he was left out of the Nations League squad.

“He called me and gave me his views. I totally respect the gaffer’s decision, I was out for a few weeks after an operation and he had to name the squad before the Champions League (final).

“So I totally understand his thinking. At that moment in time, my thinking was with Tottenham – to get fit, to get in that Champions League team.

“Then obviously afterwards it would have been an honour to go away with England, but for different reasons I totally understand why the gaffer did that. I respect his decision.

“It is always difficult to watch any football you’re a part of when you’re not involved – especially the World Cup.

“First and foremost I was an England fan, I wanted us to do so well, but it’s everyone’s dream to play for their countries, so to have missed that was difficult.

“And to miss out of the Nations League was difficult. But that’s football. People make decisions and it’s part and parcel of moving on.

“We’ve got the Euros to look forward to, so hopefully I can stay fit and play a part in that.”

Winks conceded it was hard to not be involved in big games for England and Tottenham but is still pleased with how his career has progressed so far.

“There’s been numerous times I’ve been in the squad and I’ve had to come out with injuries or haven’t had a regular run in the side to be called up.

“But like I said before, to even have three caps for England is a real honour. Every time you put on the shirt is amazing.

“Obviously I want to get a lot more and that’s my aim, my ambition to play as much as I can for England.

“I’ve had a couple of injuries over the last few years which haven’t been at the best of times but hopefully I can put them behind me and carry on.

“If I look back to when I was younger, to see that at 23 I would be in the situation I am now, I would absolutely snap my arm off and do it, I would take it all day long.

“To represent your country at any level is incredible and to play for Tottenham – they are my boyhood club – as much as I have has been incredible as well.

“So I’m very privileged to do both and I feel very humble to be in both situations.”