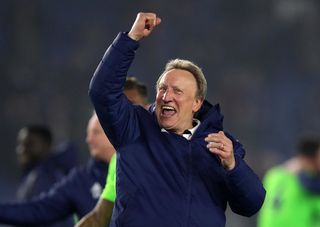 They might only account for a fraction of a Fantasy Premier League manager’s score, but bonus points could be the difference between becoming a mini-league champion or not – so how can you use them to your advantage?

To make the most of the FPL’s Bonus Points System (BPS) first one must understand it.

The BPS is used to award bonus points to individual players at the end of a game – the player with the highest BPS score in each fixture receives three bonus points, the second highest score receives two, and the third highest receives one.

That’s all well and good, but how is a player’s BPS score calculated?

A number of in-game measurements are used to calculate a BPS score, including the most minute details of a player’s performance.

Playing between one and 60 minutes for example would see a player’s BPS score rise by three points, but other actions receive far more valuable rewards.

A forward scoring a goal for example will earn 24 points, while a midfielder gets 18 and a defender or goalkeeper 12.

Clean sheets also see 12 points added to the BPS score of goalkeepers and defenders, while every three recoveries a player makes earns a point too.

Pass completion, key passes, tackles and more can also earn points, while a player has points subtracted from their BPS score for actions such as missing a penalty or receiving a card from the referee.

Who should you buy to maximise your bonus point potential then?

For the best chance of grabbing some extra points at the end of each fixture then, you need players who score well within the Bonus Points System.

Considering they receive 24 points for goals scored, it’s no surprise to see Sergio Aguero and Jamie Vardy at the top of the table for average BPS score over the past 10 games.

Aguero bagged bumper BPS scores of 77 and 66 for hat-tricks against Arsenal and Chelsea, while Vardy’s nine goals in 10 games have seen him earn three bonus points on three separate occasions.

The average BPS score for achieving one bonus point is 27, so with average BPS scores per appearance of 28.1 and 27.6 respectively over the last 10 games, Aguero and Vardy are worth consideration.

But it’s not all about the forwards – the top 10 is actually dominated by defenders, with three Liverpool players appearing.

In fact, all that defensive work can really pay off in an otherwise dull game, as Kiko Femenia found out…

The Watford defender played 76 minutes of a 0-0 draw at home to Burnley in GW23, and registered the highest goalless BPS score of the season for an outfield player, winning three bonus points as a result.

While 12 points came from the clean sheet itself, it was the work Femenia did to maintain it that earned him the points.

The lesson? Keep an eye on the Premier League’s action men – they might just win the bonus points that help you win your private league.