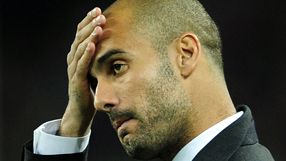 "He (Guardiola) wants to be a philosopher when he talks his talk, when he expresses himself. It's Mahatma Ghandhi talk when he's preparing. He thinks he has created the football that exists in Barcelona," Ibrahimovic told Sweden's TV10 after his much hyped move to Barcelona in 2009 quickly turned sour.

Despite winning the La Liga title in his first season with Barcelona, Ibrahimovic has no idea why he fell out of favour with Guardiola which prompted his move to Milan in August.

"I learned at Barcelona that football can change in 24 hours," said the Swedish international.

"I still haven't got an answer as to what the problem was. It can't have been the quality (of my football) because there was never a discussion about the football part.

"It was more about the personal part... If you have a problem with me, it's up to you to solve your problem. You are the leader, you are the coach of the team.

"You can't have a good dialogue with 20 people, and then with the 21st, you look away."

The forward also claimed that Barcelona are so good they do not need a coach.

"People say 'he's (Guardiola) won six trophies, they are the best team in the world'. I could have been trainer of that team," he added.

"With that team you should win, no doubt about it. They can play without a coach. They can have four out injured and still win, that's how good they are. For me, they are the best team in the world, even if I play for Milan."