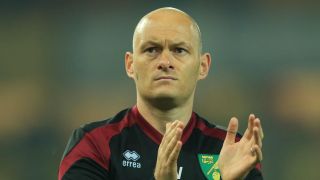 Norwich City manager Alex Neil took responsibility for his side's relegation after Sunderland's win over Everton ensured their exit from the Premier League.

Two goals from Dieumerci Mbokani helped to earn Norwich a 4-2 victory over Watford in their final home game of the season, but Neil insisted the result offered him little solace after a disappointing return to the top flight.

He told BBC Sport: "I don't think the game is any consolation whatsoever. We had opportunities across the course of the season to avoid this and we fell short in those games.

"We didn't strengthen the squad in the summer as much as we needed to.

"I've learned a lot this season but there's a lot of discussion to be had before start of next season."

Neil, whose side managed just six league victories at Carrow Road in 2015-16, refused to offer any clues as to whether he would continue as manager, but said he expects decisions over the club's future to be made quickly.

He said: "The chief executive has left the club and there are quite a few discussions that need to be had. It will be quickly resolved.

"I don't foresee any major issues – the club will decide on the route it wants to go down and get it done as quickly as possible.

"I've thoroughly enjoyed my time here. It's been a tough year individually and collectively as a club."

He added: "At the end of the game I was thoroughly humbled by the fans. I feel like I've let them down."