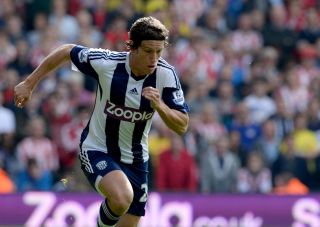 The Midlands outfit made an inauspicious start to the season, taking two points from their first four matches.

But Steve Clarke's charges kick-started their campaign with a 3-0 success at home to Sunderland, before their shock 2-1 triumph away to Premier League champions United.

A creditable 1-1 draw with Arsenal followed at the Hawthorns and West Brom were only denied victory in that game when Jack Wilshere cancelled out Claudio Yacob's opener.

Full-back Jones acknowledged people not involved with the club may have been surprised by their success, but insists the players are full of belief.

"We're all buzzing," he told the club's official website. "After our start there was a disappointment in the camp.

"But we have such a strong squad now and that's shown since the squad was completed on transfer deadline day.

"We've been unbeaten since the last international break and that's reward for our performances.

"The gaffer always sets high expectations. He said we only took four points from the top four last season and he wanted us to improve that.

"We showed that belief against United and Arsenal. We, as a team, believe we can get something even when others outside don't.

"We've done that twice and we know we can do it again if we keep that belief. We've shown we can handle those teams. We know we have to turn up and play well."