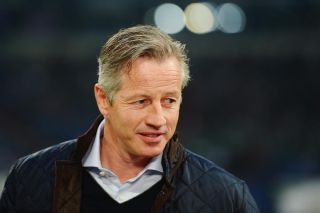 Keller's men were well beaten by Huub Stevens' relegation-threatened side at the Mercedes-Benz Arena, a result that marked Schalke's first defeat in eight Bundesliga matches.

Schalke are still in position to return to the Champions League next season and sit third in the table, five points ahead of fifth-placed Wolfsburg.

And Keller is eager to bounce back from the weekend's disappointment with a win over sixth-placed Borussia Monchengladbach, who still harbour slim Champions League hopes, on Sunday.

"We started very well. After 20 minutes, I didn’t feel we could lose the game, but we didn’t push forward urgently enough and lacked the necessary impact," Keller said.

"We've got to clear our heads quickly now and prepare for our home game against Borussia Monchengladbach. We want to seal our Champions League place with a win against Gladbach."

Stuttgart boss Stevens was quick to praise his players for the victory against his former club, which was ensured thanks to a double from Martin Harnik and a Cacau strike.

Stevens' team are now four points clear of the relegation play-off spot with just three games to play, but the manager insists that survival is far from secure yet.

"I've got to compliment my team on their commitment and willpower," Stevens said.

"Attractive football isn't so important when you're in our situation - points are much more vital. Winning was a crucial step for us, but nothing more than that."