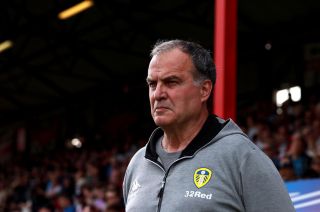 The 2019-20 Sky Bet Championship season gets under way this weekend, with the division set to be extremely competitive once again.

Here, PA Sport takes a look at some of the talking points surrounding the new campaign.

Can Warnock do it again?

After finishing 18th in the Premier League last term, Cardiff are hoping boss Neil Warnock can pull off yet another promotion – the one that took the Bluebirds up in 2017-18 was the eighth he has overseen in his career. It would be a fitting finale for the 70-year-old, who has said he intends to retire after this season.

Cottagers and Terriers look to bounce back

"It feels amazing to be here. I feel really welcome already. It just feels great to get this done and for me to be a Fulham player." – Anthony Knockaert#TOTALKNOCKAERTpic.twitter.com/jyVd3PpqIN— Fulham Football Club (@FulhamFC) July 21, 2019

Fulham and Huddersfield are the other two sides aiming to make swift returns to the big time following relegation. Both have managers, in Scott Parker and Jan Siewert, that took charge during the second half of last term. Three successive wins in March looked an encouraging sign for Fulham, who have retained Aleksandar Mitrovic and Ryan Sessegnon – as things stand – and brought in Anthony Knockaert on loan from Brighton. Huddersfield registered their first points under Siewert by beating Wolves in February, only to then conclude 2018-19 with eight losses and two draws.

What next from Leeds and Bielsa?

The club currently favourites with bookmakers to win the league are Leeds, who came third last season and were subsequently defeated in the play-off semi-finals. Boss Marcelo Bielsa is staying on after a memorable first season in the job, which included the Argentinian admitting to sending someone to watch Derby train – the incident dubbed ‘spygate’ – and ordering his team to let Aston Villa walk in a goal against them.

Derby, who beat Leeds in the play-off semis before losing to Villa in the final, have had a change of management this summer following Frank Lampard’s departure to Chelsea, with former PSV Eindhoven boss Phillip Cocu coming in as his successor. There are also new men in the dugout at West Brom and Middlesbrough, who were beaten play-off semi-finalists and seventh-placed finishers last season respectively. Slaven Bilic has the job at the Hawthorns, while Jonathan Woodgate is in charge at the Riverside. While their coaching CVs are very different, all three are first-timers in terms of managing in this division.

Shall we get this show on the road then? #COYHpic.twitter.com/SuLGppreKB— Luton Town FC (@LutonTown) August 2, 2019

Newly-promoted Luton have a new boss as well, with Graeme Jones appointed to oversee what is the club’s first campaign in the second tier since 2006-07. The Hatters, who have signed the likes of Callum McManaman and Martin Cranie this summer, are looking to continue building after achieving back-to-back promotions in the last two seasons. They were joined in going up by Daniel Stendel’s Barnsley and Lee Bowyer’s Charlton.