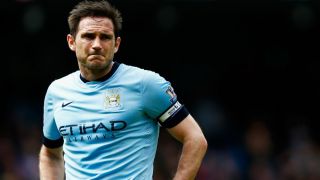 Lampard has experience working with Vieira after spending a year at Manchester City before he moved to the United States for the second half of last season.

The two also are familiar on the pitch, coming up against each other on numerous occasions when Lampard was with Chelsea and Vieira at Arsenal.

"I think it's a great choice," Lampard told ESPN. "I worked with him in Manchester for a year when he was working with the under-21s and I spoke to him at the back end of last season, when I think he spoke to every player one on one.

"He'll bring experience, he was a top player obviously and he's been gaining experience as a coach in Manchester for a few years. The players will respect him and try to do our best for him and, as I say, let's hope we can bring the club some success."