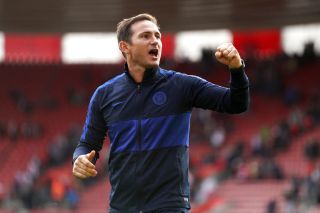 Chelsea manager Frank Lampard believes an increase in Champions League group games in the future could lead to player burnout.

Discussions continued in London on Thursday over how European competition could look from 2024-25 onwards.

Juventus president Andrea Agnelli, who is also the chairman of the European Club Association, has proposed a format which would lead to an increased number of group stage matches, promotion and relegation between European competitions and an increase in the number of teams qualifying for Europe based on continental rather than domestic performance.

European Leagues, the body which represents 36 professional leagues across 29 countries, has described Agnelli’s proposal as a ‘closed league’ and is working with clubs and its member leagues on alternative principles to underpin the future format.

🇪🇺| We are in London today for a meeting of the @EuropeanLeagues Club Advisory Platform.— FansEurope (@FansEurope) October 17, 2019

Key to that, in the view of European Leagues, is the primacy of domestic football and limiting the number of continental club matches at its current level, and Lampard could not envisage a way in which more matches could be accommodated.

“As a manager I actually feel weight of games more than I did as a player, even though I was running around as a player,” he said.

“As a manager you’re thinking about how can you keep the team fresh, and it’s a challenge with all the competitions we have now.

“If you ask me can we play more European games, I personally don’t believe you can fit them in amongst our busy schedule.

“I would find it hard to keep the quality level and the freshness within the players. If you did do that there would be a lot of discussion about how that would work practically. At the minute I think the level is about right. I like the format personally.”

Asked whether he would like more European games at the expense of playing in the League Cup, he said: “I have a soft spot for the League Cup because we won it a couple of times at Chelsea, and it was the first competition I ever won.

“Domestically it gives teams a feeling you can compete on a level in a cup at home, which is important.”

The Premier League hosted the event in London, which was attended by around 200 clubs around Europe.

Its interim chief executive Richard Masters said: “There has been a lot of speculation about change to European club competitions and it’s important to recognise that change would affect everyone.

“We remain open to changes to UEFA club competitions, provided they are mutually and widely beneficial, so it has been crucial to have heard from such a broad range of voices from the football community.

“We are optimistic about this consultative phase of the process, led by UEFA, and look forward to working closely with local and European stakeholders to help shape reforms that enhance the complementary balance of domestic football and UEFA club competitions.”

The Premier League is understood to have received assurances that there are no current proposals to cut the number of Champions League group stage places for English clubs.

European Leagues president Lars-Christer Olsson appeared to indicate last week that clubs from England, Germany, Italy and Spain would need to accept a cut in their automatic group stage spots from four to three to assist clubs from smaller associations.

The Premier League has been reassured that there are no fixed proposals at this stage, with the principles behind a new-look competition still being worked on.