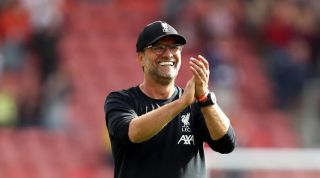 During Inside Borussia Dortmund on Amazon Prime, Klopp reveals that he only has one story about that night because he "doesn't remember much that makes sense".

"I was really drunk, something that could be noticed in some interviews," Klopp tells the documentary makers.

"But I remember one thing, I'm not sure if I told anyone before. I woke up in a truck inside a garage. I was alone. I remember it, but I don't have any idea what happened in the previous hours."

Once he got out of the truck, Klopp found himself in a warehouse and was reuinted with Dortmund CEO Hans-Joachim Watzke.

The pair apparently hailed down a lorry and paid the driver €200 to take them to the city centre for the title celebrations, and Klopp was in for a noisy ride.

"Aki sat in the front and I sat back, banging my head against the side. I could hear clattering, I thought I had dreamed it. But no, the trunk was full of chickens."

Watzke added that "there were also three dead calves the driver had just killed, but Klopp probably didn't realise".