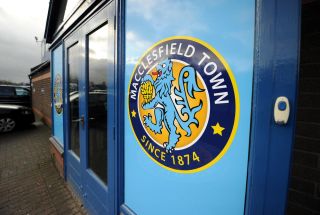 Players and staff at Macclesfield have pleaded for help from the EFL over unpaid wages.

A statement on behalf of individuals working for the Sky Bet League Two club, which has been sent to the PA news agency, says that payments due have not been received and that they fear they could find themselves “in a similar situation” to League One sides Bury and Bolton.

The Shakers’ league membership was withdrawn at the end of August after the club failed to provide guarantees over financial sustainability to the EFL, while Bolton were saved by a takeover.

The statement from Macclesfield read: “We as players and staff at Macclesfield Town Football Club regret to inform that last season’s issues regarding payment of wages to ourselves and staff have reoccurred once again.

“Saddened by the news of Bury and Bolton’s staff and players we feel the need to release this statement before we find ourselves in a similar situation as theirs.

“With not directly involving the EFL with last season’s non payment of wages, we are now pleading with the EFL to help Macclesfield Town as a football club to not end up in the same position as Bury Football Club have found themselves in.”

The statement continued: “As players and staff, we remain committed and professional to honour our contracts under these extremely difficult circumstances for ourselves and our families.

“We’d like thank the fans for their continued support and backing this season so far.”

It is understood the Professional Footballers’ Association is working with Macclesfield’s playing staff and the EFL over next steps.