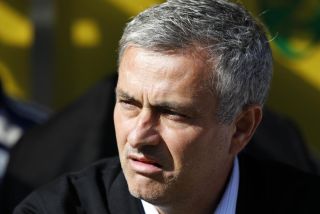 City are a point further back in fourth, but Mourinho - who guided Chelsea to consecutive Premier League crowns in 2005 and 2006 - believes Manuel Pellegrini's side are most likely to lift the trophy this term.

"You have to say that (City are favourites)," Mourinho said.

"Pellegrini can win the title. And he has the most important thing which is an unbelievable squad of players.

"A fantastic squad and fantastic players, a really good team."

CIty will be without captain Vincent Kompany for the game because of a calf problem, but Mourinho does not feel that the Belgium international's absence will be a factor.

"It's a surprise for me, because I thought he was going to play, but it doesn't change (anything)," he added.