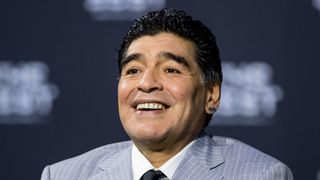 Diego Maradona has been appointed head coach of Al-Fujairah in UAE Division One.

The 56-year-old former Argentina star has been tasked with guiding Al-Fujairah, fourth in the second tier, into the UAE Arabian Gulf League.

The role is Maradona's second job in UAE, where he previously coached Dubai-based club Al Wasl during the 2011-12 season but was sacked after 14 months in charge with a record of seven wins from 22 games.

Maradona has previously coached the Argentina national team as well as Racing Club and Mandiyu de Corrientes in his home country.