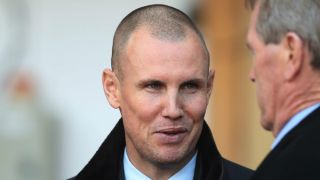 Kenny Miller will return to the Rangers squad for Saturday's trip to Hearts and could even be fit to start despite spending a month in exile under former boss Pedro Caixinha.

The Portuguese coach and Miller fell out in the aftermath of the 2-0 defeat to Celtic at Ibrox on September 23.

Miller has played no part for the club since and was reportedly told to train with the Under-20 squad.

However, Caixinha was shown the door after a midweek draw with Kilmarnock - a game in which Rangers conceded a stoppage-time equaliser immediately after missing a penalty which would have sealed the points.

He said: "I'm here to ensure the players get what they need. They need to feel assured, ready and confident for the game.