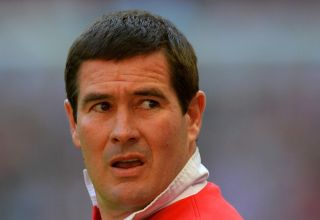 United were much the better side in the first half and led 2-1 at the interval thanks to goals from Jose Baxter and Stefan Scougall.

The League One outfit wilted under fierce Hull pressure after the break, however, as Matty Fryatt, Tom Huddlestone and Stephen Quinn all found the net in an 18-minute period.

Although Jamie Murphy pulled one back in the final minute, David Meyler struck a fifth in stoppage time to end United's remarkable run in the competition.

"I'm proud of their efforts," Clough told BT Sport. "But also a little disappointed, we had a chance today.

"I'm proud of the whole club and the support we've brought today, and I'm sorry for them that we couldn't get through.

"It's been a great Cup run and a great second half of the season and that hasn't changed.

"It's disappointing that we're not there (in the final), but I think we'll look back with better memories in a week or two."