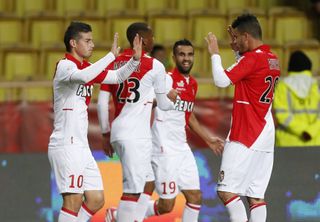 Late on Thursday, the French National Assembly passed an amendment that the principality club in Ligue 1 would have to pay the rate despite falling outside the French tax regime.

However, the government overturned that decision on Friday after ruling that the amendment could be unconstitutional.

For clubs like Monaco, backed by Russian businessman Dmitry Rybolovlev, and the Qatari owned Paris Saint-Germain, the rate impacts significantly.

Since 2011, Monaco have spent approximately 435 million euros in the transfer window and totalled 73 per cent of the expenditure in Ligue 1 this year.

Having overturned the original decision, budget minister Bernard Cazeneuve told reporters: "We did not want to take a judicial or constitutional risk."

Monaco can breathe a sigh of relief, but top clubs complain it will add up to 20 million euros to their tax bill, although Monaco's turnover is not expected to be sky high.

Of the 20 Ligue 1 clubs, 14 are expected to be affected by the tax, with PSG the hardest hit.

PSG have spent more than 200 million euros on transfers since being taken over by Qatar Sports Investments in 2011.