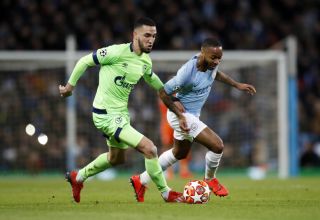 Newcastle are closing in on a loan move for Schalke midfielder Nabil Bentaleb.

The PA news agency understands the 25-year-old former Tottenham player was on Tyneside for a medical on Monday as he moved closer to a return to the Premier League.

Bentaleb has not played for his German club since April last year after being ordered to train with the reserves because of disciplinary issues, and has previously been linked with Crystal Palace.

The French-born Algeria international, who has been working his way back from a knee injury, made 66 senior appearances for Spurs before going out on loan to Schalke, who clinched a permanent deal for him in July 2017.

Magpies head coach Steve Bruce is also hopeful of sealing a loan deal for Inter Milan winger Valentino Lazaro, whose agent was at St James’ Park on Saturday for the 1-0 Premier League win over Chelsea.