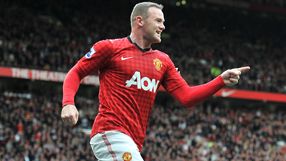 Although Braga are unbeaten in their last five games against English sides, United look to have too much in attack, especially with Wayne Rooney rediscovering his scoring form after a slow start to the season.

United go into the match top of Group H with six points after wins over Galatasaray and CFR Cluj, in stark contrast to the sluggish start they made to last season's competition when they drew their opening two games and eventually failed to make it out of the group stage.

Braga lost at home to Cluj in their opening match before bouncing back with a win at Galatasaray to keep alive their hopes of advancing to the knockout rounds, but they will do well to leave Old Trafford with a point.

United's defence has not been as watertight as usual, conceding five goals at home in their last two Premier League matches against Tottenham Hotspur and Stoke City, but their attack has fired in 26 goals in all competitions so far.

Dutch striker Robin van Persie has scored five Champions League goals in his last five matches for Arsenal and United and was also on target against Stoke on Saturday.

Manager Sir Alex Ferguson saw his side bounce back from conceding an early Rooney own goal against Stoke to beat them 4-2 with the England man scoring twice, taking his tally for club and country to five in his last three games.

"We keep starting badly," Ferguson said after the Stoke game. "There have been early goals against Fulham, Tottenham and now today. We keep giving ourselves uphill fights. We can't afford that on Tuesday."

United have still only lost two games all season, are second in the Premier League and are likely to give Braga coach Jose Peseiro, who took over in the close season, his sternest test yet as he looks to extend Braga's recent solid European record.

The northern Portuguese club lost the Europa League final to compatriots Porto in 2011 and finished third in Portugal last season, the same position they sit now behind leaders Porto and Benfica.

Peseiro said Braga's European experience means they are not to be "messed around with" and that United "do not scare him."

"We go into every match looking to win. Our main goal in the Champions League is reaching the round of 16," he said.

"The top two places give you access to it, but nobody fights for second place."

Braga will hope their legs hold out for Tuesday's clash after being forced into extra-time in Friday's 3-0 win over Leixoes in the Portuguese Cup.

"We have the experience and are ready to play with a four-day interval," Peseiro said.

Besides a collection of technically gifted and experienced midfielders in the shape of Hugo Viana, Ruben Micael and Alan, Peseiro will rely on the services of lanky striker Eder, already the club's top scorer in the league.

Braga knocked out Italy's Udinese in the qualifying playoff and are on a seven-match unbeaten sequence on their travels in Europe. United meanwhile, have lost only one of their previous 36 home Champions League games.