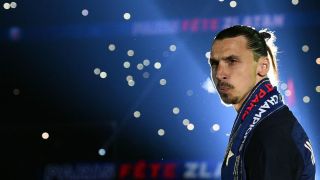 Republic of Ireland boss Martin O'Neill has dismissed his own claim that Zlatan Ibrahimovic was overrated and heaped praise on the Sweden captain ahead of their Euro 2016 opener on Monday.

O'Neill labelled Ibrahimovic "probably the most overrated player on the planet" in 2006, a quote that has been regurgitated several times in the build up to the game at the Stade de France.

Speaking on Sunday, the former Aston Villa and Sunderland manager admitted he had changed his mind over the intervening period.

"Ten years ago that might have been the case," O'Neill said, "but a lot of things can happen in that time. I can remember feeling that Henrik Larsson was overrated and then after three-and-a-half minutes I changed my mind.

"He's a top-class player, one of the best in Europe, if not the world. He's their talisman and he will be hard to keep quiet during the game. All world-class players, regardless of how closely they are marked are able to do things throughout the course of the game, and he's one of those players."

"How could you not like him? He's a top, top player and has been doing it for a long time. He seems to be getting better, he scores goals, he's won league titles, he’s someone I really respect and have admired from a distance.

"We will have to watch him but also other players in their squad."

Keane, Ireland's record goalscorer, has declared himself fit while Jonathan Walters is also likely to be available for selection after overcoming an Achilles problem.

O'Neill does not feel the outcome of the opening game will decide their fate but is hoping his side can make a winning start.

"I don't think it's a must win," he added. "It's very important of course and it would be nice to get off to a great start. I'm sure Sweden are targeting us and we must feel the same way."

O'Neill also condemned the shameful scenes in Marseille which involved England and Russia fans fighting around the city before more trouble broke out at the conclusion of the 1-1 draw at the Stade Velodrome.

"The scenes down in Marseille are tragic," he said. "We'd not seen them for some considerable time and to start the tournament on that note is unedifying and shocking.

"I think UEFA have condemned it in strong language and everyone feels the same. It's a bad start but I hope it can be rectified.

"People are taking about the segregation not being strong enough but if people set out to cause trouble they will do it regardless."