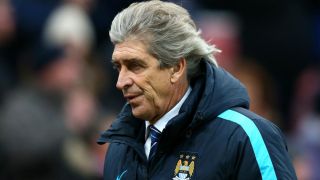 Manchester City manager Manuel Pellegrini has conceded winning the title this season may not save him from the sack.

Speculation is rife over the Chilean's future at City, with Pep Guardiola tipped to take over regardless of what Pellegrini achieves this season.

And even the 62-year-old says he would rather win the title and be sacked than win nothing at all.

"I don't think my position in the future is linked to titles. For me, as a manager, it's important to win the title because it's my job," Pellegrini said.

"For a manager, your work is to win the title, so the other doesn't matter.

"I think that if you are the owner of a club, you must have the option to replace the manager if they win the title or if they don't win the title. It just is about your trust in the way you work.

"That is more important than if you win a title or not for the owners."

City are third in the Premier League, three points behind leaders Arsenal.