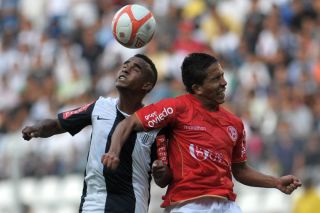 Luis Trujillo, Walter Ibanez and Juan Gonzalez-Vigil scored the goals for Alianza Lima, as the capital club moved level with third-placed Cesar Vallejo on 57 points in Group A.

While Alianza's hopes of overhauling Real Garcilaso at the top of Group A to qualify for the two-legged championship final against the best team in Group B remain slim, the victory at home against Pacifico ensured Francisco Pizarro's outfit remain in the title race.

Pacifico entered the game with a run of four games alternating between wins and losses but looked on track to break that trend and claim consecutive victories as they dominated the first half at the Estadio Alejandro Villanueva.

Alianza goalkeeper George Forsyth had to get down sharply to keep out a long-range free-kick before David Diaz of Pacifico shot wide when free on goal.

But in the second half, the home side began to take control and hit the front just before the hour-mark when Trujillo's free-kick from the right wing evaded everyone and nestled in the net.

Pacifico had an equaliser ruled out just a couple of minutes later for offside and it got worse for the visitors in the 70th minute when Ibanez scored from the spot after Alexander Ponce Pardo was fouled in the box.

Jorge Bazan then released Gonzalez-Vigil in behind Pacifico's defence eight minutes later and the bearded striker slotted the ball home at the near post to wrap up Alianza's win.

Alianza remain seven points adrift of Group A leaders Garcilaso with seven games remaining before the championship play-off between the top teams in each group of the Primera Division.

Pacifico have 40 points from their 37 matches, 24 behind Garcilaso.