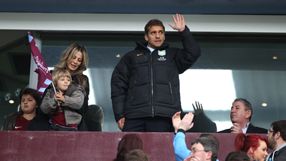 Sports Minister Svilen Neykov and Sofia mayor Yordanka Fandukova joined thousands of fans and officials at the Vasil Levski national stadium late on Thursday to show their support for Petrov.

"I want to thank you with all my heart for the incredible support you show in this difficult time for me and my family," Petrov said in an address recorded in London and played at the stadium.

"There are ordeals in life in which we must be stronger than ever, and I think I have enough strength and faith to cope. I do believe that together we will win this match too," added Petrov, who has started treatment at a London hospital.

The time and date of the event - 19:00 on April 19 - were chosen to commemorate Petrov's shirt number at his English Premier League club Aston Villa as the emotional gathering was broadcast live on several television channels.

The event was part of the "Bulgaria for Stiliyan" campaign, which started on social networks and got the backing of the Bulgarian Football Union.

Citizens of Petrov's hometown Montana wrote a 19-meters letter of support at a downtown square while fans chanted his name and wished him a speedy recovery.

Petrov, who has made more than 100 appearances for Bulgaria, was part of Montana's junior team before joining CSKA Sofia in 1996.

"I'm praying for him every night," said Margarita Berbatova, mother of Manchester United striker Dimitar Berbatov. "Stiliyan is like my son and I'm happy to see that all of us want to show how much we love him."