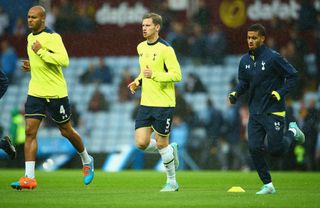 Kaboul replaced Michael Dawson as White Hart Lane skipper at the start of the season and has made 13 appearances in all competitions.

However, the Argentine tactician insists the captaincy only requires Kaboul to be an example to follow, whether it be on or off the pitch.

"To be captain means you are a leader, but just because you are captain it doesn't mean you are sure of a place in the starting XI," said Pochettino.

"It's a football decision. There is no other explanation.

"When you decide to pick the team, you don't think about who the captain is.

"It's my job to pick the players and that will always be my decision."