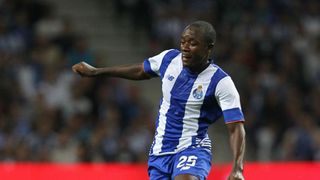 Porto are willing to sell unsettled midfielder Giannelli Imbula in the January transfer window, according to the player's agent.

Imbula joined the Primeira Liga side from Marseille in July for a fee of €20million on a five-year deal.

However, he has struggled to settle in Portugal, and Serie A side Milan and Premier League outfit Stoke City have been heavily linked with a move for the 23-year-old.

"We know that Porto want to sell Giannelli," he told Calciomercato.it.

"At the moment we haven't had any contact with other clubs, but we could talk to some sides starting from Monday."