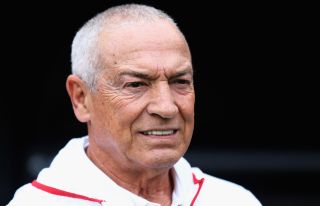 And their recent woes in the league continued at their Estadio Municipal de Braga home, when they fell behind to Fernando Alexandre's strike in just the fourth minute.

The home side pressed for an equaliser with Edinho and Felipe Pardo trying to unlock a resolute Academica defence, but they trailed 1-0 at the break.

The second half continued in a similar fashion, with Anibal Capela and Reiner Ferreira putting in stellar performances for the away side.

And Sergio Conceicao's charges were rewarded for their fine defensive effort, as they ended a run of three league games without a victory to move up to 10th in the table.

Braga remain in fifth after the setback, although a host of sides could now leapfrog them over the weekend's action.