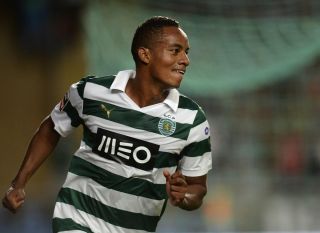 However, Jardim departed the club in June to take the vacant position at Ligue 1 outfit Monaco, while utility man Eric Dier also left to join Tottenham.

Several other stars including William Carvalho and Marcos Rojo have also been linked with a move away from Estadio Jose Alvalade.

It looked as though Sporting would have some respite in Marco Silva's league debut as head coach when Andre Carrillo put the visitors into a 1-0 lead after 15 minutes at Estadio Efapel.

However, the visitors were reduced to 10 men in the 66th minute when Carvalho was dismissed for a second bookable offence.

Sporting looked destined to hold on to their slender advantage, but their hopes were dashed in second-half injury time when Rafael Lopes levelled for the hosts.

In Saturday's other encounter, a double from Hernani helped Vitoria Guimaraes win 3-1 at Gil Vicente.

​Bernard Mensah was also on the scoresheet for the visitors, while Evaldo bagged a late consolation for Gil Vicente.