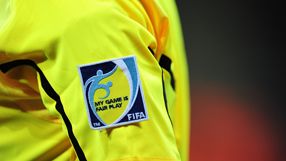 The company wants to avoid the heated, if entertaining, arguments which often erupt between pundits on its late night weekend highlights show when referee calls are questioned.

"Now we can think about a football with less shouting and more thought," Rai president Paolo Galimberti said in a statement on Monday.

Replays of debatable incidents which do not involve goals or dismissals will be replaced with more analysis of team tactics.

The Italian referees' association welcomed the move but its members will only receive partial respite given Italy's Sky and Mediaset show much more football than Rai and neither has plans to drop controversial replays.

World governing body FIFA has ruled out using video evidence during matches to help referees but having two extra officials or introducing goalline technology are on the agenda after incidents at the recent World Cup.