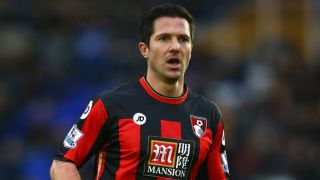 Reading have completed the signing of French striker Yann Kermorgant from Premier League side AFC Bournemouth.

The 34-year-old failed to make a start in the league this season and was restricted to just seven appearances off the bench.

Kermorgant joined Bournemouth in January of 2014 and scored 15 goals in the following season as they secured promotion to the Premier League.

But with chances hard to come by this season, the forward elected to move back to the Championship with Reading.

Reading coach Brian McDermott said: "I’m delighted to get Yann, a player we have known about for a long time.

"In Yann we have an experienced striker with an excellent record and a player who will be able to work with our young players at the club and be a good centre-forward in the team we are trying to develop here at Reading.

"I am really looking forward to working with him."

Reading are 14th in the Championship, 11 points off a play-off spot.