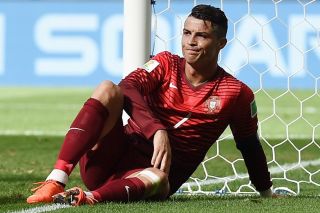 The Real Madrid star was omitted by Paulo Bento for Portugal's Euro 2016 qualifying opener against Albania last month due to concerns over his fitness.

However, Bento paid the price for losing that encounter 1-0 and has since been replaced as head coach by former Greece boss Santos.

Porto winger Ricardo Quaresma also returns to the international fold after a hiatus of more than years, as Portugal face France in a friendly on October 11 before attempting to kick-start their Group I campaign in Denmark.

Southampton centre-back Jose Fonte could make his debut after Santos rewarded his fine start to the season with a call-up, while Atletico Madrid's Tiago comes out of international retirement to feature.

Monaco's veteran defender Ricardo Carvalho returns, too - the 36-year-old has not play for Portugal in more than three years.