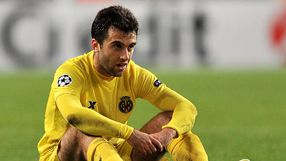 Rossi, who was born in the U.S. and has played for the Spanish second division side since joining from Manchester United in 2007, first damaged ligaments in the knee in October last year before suffering a relapse in training in April.

The 25-year-old will need a further six months to recover from Wednesday's procedure, which was overseen by Richard Steadman at his clinic in Vail, Colorado, Villarreal said on their official website.

"Villarreal CF wishes a swift and successful recovery to one of the symbols and great reference points of the submarine," the club added.

Known as "yellow submarine" after their canary-coloured strip, Villarreal were relegated to the Spanish second division at the end of last season.