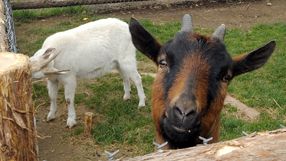 Russia has been awarded the 2018 World Cup and football in the country is booming, yet FIFPro said it had heard from players that pitches had been overlooked.

"The quality of the pitches in Russia is disgraceful," former Torpedo Moscow player Vladimir Leonchenko, a member of the union's technical committee, was quoted as saying by FIFPro.

"There is enough money. We are talking here about clubs with budgets of 70-80 million euros. But there is simply no willingness and also no knowledge to invest in the pitches. This is very bad for the image of Russian football."

Leonchenko said that from the beginning of March, matches in Russia should be played only in the south of the country and on the artificial surface in the Luzhniki Stadium in Moscow.

"Not only are the other pitches at the start of March in an appalling condition, but also, by playing on them in that period, you destroy the pitches for the rest of the season," he said.

Cameroon forward Samuel Eto'o, who plays for Anzhi Makhachkala, was quoted by FIFPro as saying that the pitches had turned out to be a far bigger problem for him than the freezing cold, which he had expected to be his main concern.

"The present pitches do not allow us to play as we can. This is not football, this is something else."

He was backed by his Anzhi team mate Vladimir Gabulov.

"The Russian pitches are worse than those on which Eto'o played in his childhood in Africa," he said.

FIFPro also carried the views of other Russian Premier League players about pitches they had played on recently.

The most outspoken was Roman Shirokov of Zenit St Petersburg.

"How can you play in such a garden?" he said, referring to an unidentified Premier League pitch.

"If the groundsman has chickens and goats let him use it. You just cannot play football here."