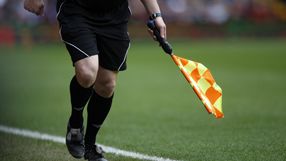 The Scottish FA has set a deadline for 12pm (GMT) on Thursday for a resolution to the planned boycott of next weekend's Premier League fixtures by referees who are sick of the constant abuse and undermining of their authority to the point where they say they fear for their safety.

The SFA had hoped to bring in officials from other countries but already refereeing bodies in Wales, Sweden, Norway and Iceland have said no in support for their Scottish colleagues.

The strike has been the biggest sports story in Scotland all week, with even Government ministers wading in, and negotiations continued late on Wednesday to try to find a resolution.

The only real surprise about the issue though is that it has taken so long, as the men in the middle and their assistants have gradually been turned into the whipping boys for every dissatisfied player or coach.

"I'm not one to criticise referees but..." is all-too-often the opening remark of many post-match interviews as managers, usually the losing ones, pore over ever decision.

Referees' split-second decisions taken with one view, often obscured, are now exposed to dozens of cameras capable of super slow motion which, unsurprisingly throws up mistakes.

They also reveal the remarkable skill and accuracy of the majority of the decisions made, but those are usually ignored in the rush to focus on the "turning point" of a penalty appeal ignored or agreed with.

The result of the intense spotlight is that players, managers and analysts now proclaim that refereeing standards have dropped - despite the growing willingness of players to dive, feign injury and mislead officials at every opportunity.

The catalyst for the strike was the reaction to referee Dougie McDonald admitting to misleading Celtic manager Neil Lennon about how he and his assistant Steven Craven came to overturn a penalty decision for the Glasgow club against Dundee United last month.

It was clumsily-handled by the match officials but somewhat understandable in a situation where players from both sides surround them screaming for their point to be heard and referees were dismayed the Celtic chairman demanded McDonald's sacking.

"I have every sympathy for the refereeing fraternity and completely understand why incessant scrutiny, criticism and questioning of their integrity has brought them to the brink of a withdrawal of labour," said Martin Cryans, chairman of the Scottish Senior Football Referees' Association, though he did not condone the strike.

Former Grade One Scottish referee Kenny Clark added: "In any other sport or public arena, if people were to carry on in that manner, they would not only be ejected, they would be arrested and then subject to prosecution.

"But somehow it has become socially acceptable for all sorts of abuse to be directed at match officials. Every club in the country allows their fans to direct abuse at match officials and therefore they are all implicated to some extent."

Unsurprisingly, seeing the best officials in the game undermined and abused on a weekly basis is not ideal for attracting new referees into the game.

The situation is similar across the border in England where in some areas 20 percent of matches are played without a qualified referee.

A day after a Sunday League player in Liverpool was jailed for driving his car across the pitch towards a referee then threatening to shoot him, a leading refereeing source said there was a real problem with recruitment.

"The lack of respect shown to officials week in week out at the highest level permeates down to grass roots and even schoolboy football," a London-based refer