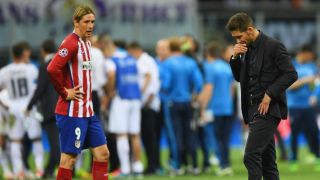 For the second time in three seasons, Atletico were beaten to a European title by their neighbours, with the defeat in May prompting Simeone to consider his future.

After confirming he would be staying, the coach is now preparing for the new campaign.

However, ahead of an International Champions Cup match against Tottenham in Melbourne on Friday, Simeone reflected on the Milan final.

"I can't explain what I thought after losing in Milan in the short time I have," he told a media conference.

"But now I am strong, enthusiastic, excited and growing in every training session.

"I never spoke with the feeling I would leave Atletico. It's very difficult to explain what I felt.

"For me it was a death, and I needed to grieve. And I did it where I was.

"Now, I'm ready for whatever comes."