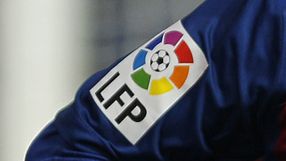 Secretary of State for Sport Miguel Cardenal, who was appointed after the centre-right People's Party (PP) won a general election late last year, told Marca sports daily the idea was to wipe out the debts and make sure they were never generated again.

The professional football league (LFP) and the government were "working very seriously, swiftly and continually" on the plan, which would be put into action "within a reasonable period of time", Cardenal told the paper.

"It is unacceptable that any company, including those in football, have a high level of debt and that's why formulas are being sought, within what is possible, to correct it," he said.

The government is keen to start calling in the clubs' tax and social security debts as part of a sweeping austerity drive aimed at meeting fiscal targets agreed with the European Union.

The majority of Spanish clubs have slipped deeper into the red in recent years as they struggle to pay spiralling wage and transfer costs and many have been forced into administration following a futile struggle to remain competitive.

A study published in June last year by a professor of accounting at the University of Barcelona showed the 20 clubs in Spain's top division had combined debts of some 3.48 billion euros at the end of the 2009/10 season.

With more than 550 million owed by the 22 teams in the second tier, Spanish professional football is roughly four billion euros in the red.