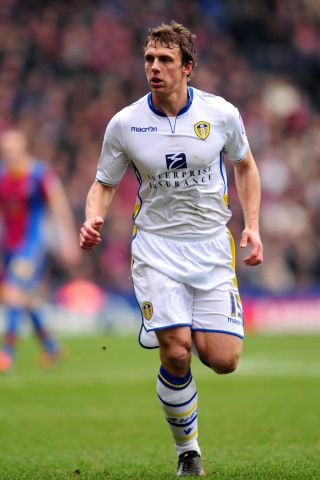 Stephen Warnock believes the key action could occur during the early exchanges when Leeds host Derby in the second leg of their Sky Bet Championship play-off semi-final on Wednesday.

Leeds hold a 1-0 advantage following the first leg and Warnock, who played for both clubs, feels the contrasting attitudes of the teams will make for an interesting opening at Elland Road.

Warnock, the former Liverpool and England left-back, told Press Association Sport: “I don’t expect Derby to come flying out of the traps because I don’t think they need to score an early goal. They just need to contain Leeds for as long as they can and be as concentrated as they can be.

“I expect Leeds to come flying out because they know that one goal will possibly kill the game completely. They have the home advantage and at a packed Elland Road that’s what you would expect from them.

“But when Leeds do come flying out Derby have got the quality up front and speed to counter-attack. It is going to be an interesting first 45 minutes.”

The winners will take a step closer to a return to the Premier League by securing a place in the final at Wembley.

Leeds have not played in the top flight for 15 years and Warnock, who is working as a pundit for Quest, senses a great hunger at the club to end that absence.

The 37-year-old, who was at Leeds from 2013-15, said: “They do crave the Premier League because they are a huge club and would be a brilliant addition.

“I think the fans are desperate for it. They have waited long enough now.”

Yet even if Leeds, who missed out on automatic promotion after a strong start to the season, fall short, Warnock expects their manager Marcelo Bielsa to get it right next time.

He said: “Much to the annoyance of Leeds fans, I did always think they would blow up just because of the size of the squad and the way he pushes them every day in training.

“The Championship is such a competitive league it is always going to be tough to maintain that level. If he was to stay at Leeds next season, if they didn’t get promoted, it is something he would definitely learn from.”

Warnock, who played for Derby in 2015-16, insists he has no preferences on who might prevail.

He said: “I spent a lot longer at Leeds but I enjoyed being at both clubs. They are both great clubs. I’ll have to sit on the fence on that one!”

:: Watch the Championship play-off semi-final highlights Wednesday at 10.30pm on Quest. Also available live and on demand at questod.co.uk and via the QuestOD app.