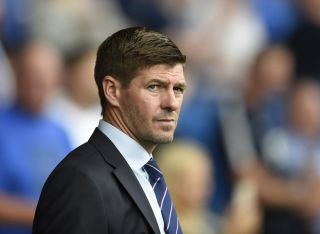 Steven Gerrard has called on Rangers to learn from their defeats after a stoppage-time goal cost them a point in their 2-1 Europa League loss at Young Boys.

Rangers had taken the lead late in the first half through Alfredo Morelos before Roger Assale pulled the hosts level five minutes after the break.

The Light Blues responded well after conceding and created a number of chances to win the game, with only a top-quality save from goalkeeper David Von Ballmoos preventing Morelos from grabbing his second in the 90th minute.

The visitors were also denied what looked to be a clear penalty in the second half when Morelos was brought down in the box.

But Rangers left the Stade de Suisse Wankdorf empty-handed after Christian Fassnacht scored the winner in the third minute of added time following a mistake from James Tavernier, who had also been at fault for the first goal.

Gerrard thought his side deserved to take something from the game but said they must learn to stop gifting teams victories.

He said: “It stings right now because obviously it’s still very raw and we’re disappointed we haven’t taken something from the game. I thought we at least deserved a point.

“But when you analyse, you go back and if you think about us as a team and you look at the last games we’ve lost – so you go back to the Old Firm (last season), an individual error cost us from taking something from that game.

“Kilmarnock at the end of the season, we gave a penalty away and didn’t take anything from that game.

“The Old Firm this year – an individual error, we didn’t take anything from that game.

“I’m not sitting here worried about being outplayed by Young Boys, I don’t think they were a better team than us tonight. I was pretty content.

“But having said that I could be sitting here talking about a positive win if we had VAR as well.

A point would have been enough to take Rangers top of Group G after Porto lost 2-0 to Feyenoord but they now find themselves level on three points with every other team in their pool.

Rangers suffered a further blow on Thursday as Ryan Jack was forced off in the second half.

The extent of his injury is not yet known but Gerrard confirmed the midfielder definitely had a problem.

He added: “He was getting assessed just as I was walking up here.

“There is certainly a problem there, we’re not sure whether it’s the back of the knee or the top of the calf so he’ll be assessed now.

“If we need to image the area to get a better picture then we’ll do that in the coming days.

“But there’s definitely a problem there. How big, it’s difficult to say right now.”