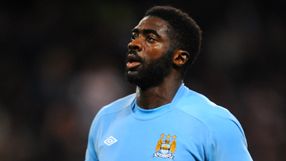 Toure, 29, who joined City from Arsenal last year, told the News of the World newspaper on Sunday that a number of players are not doing enough to justify their huge salaries.

"You need to be honest, even if you hurt people, and there are some players here, I am not scared to say, who are not working hard enough for the team," the Ivory Coast international said.

"Some don't do enough in training but still expect to play.

"We all get big wages at City but some need to work harder.

"You cannot have a place in the team - even if you are an international - if you don't show what you can do in training.

"As players, we have the best job in the world and if the manager said: 'You haven't worked hard enough, you will only get half your wages this week' it would make players fight harder.

"I'm a professional footballer and, to me, playing regularly is the most important thing. Money is secondary."

Toure admitted there had been bust-ups between players but said that was normal at every club.

"Football is not just about money," he added. "It's about winning trophies... and at the moment we are not consistent enough. We played well in beating Chelsea, but lost to Wolves and you cannot play like that."