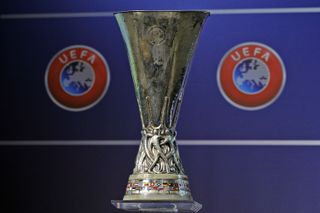 Ukrainian side Metalurh Donetsk, Romanian outfit Petrolul Ploiesti and Latvian club Skonto FC have all been suspended for three seasons due to the presence of overdue payable amounts.

However, each team has until 31 January 2014 to prove that they have paid the amounts in question, which would result in their ban being overturned.

All three sides competed in this season's UEFA Europa League, although not one was able to qualify for the group stage.

Three other teams have received sanctions as part of an investigation by the adjudicatory chamber of UEFA's Club Financial Control Body.

Romania's Pandurii Targu Jiu have received a $40,000 fine, while Slask Wroclaw of Poland have been issued a €20,000 penalty.