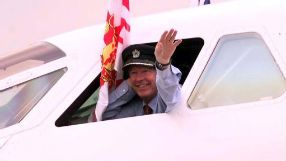 The English Premier League leaders beat the All-Stars 5-2 in Houston last year and will face them again on July 27 at the Red Bull Arena in New Jersey. United manager Sir Alex Ferguson will announce the full details of the tour on Tuesday.

"We're delighted to have been invited to play the MLS All-Star game for the second year running," Ferguson said in a statement on Monday.

"Obviously we'll be looking to repeat the performance and the scoreline, but it will be a great spectacle for everyone involved."

United have mostly toured Asia, where the club are enormously popular, in the past decade.

In 2009, United cancelled the Indonesian leg of their Asian tour when the Jakarta hotel where they were due to stay was bombed.