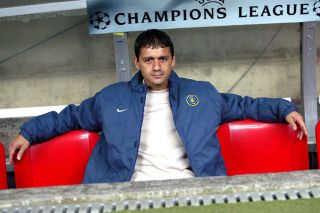 The 44-year-old - who spent part of his playing career representing Premier League side Arsenal - had to be restrained by police after turning on a Quilmes supporter during the match.

Vivas only took the job at Quilmes – his first managerial role – at the start of the season, but resigned as a result of his attack on the fan.

Vivas, who spent three years at Arsenal from 1998 to 2001, said his actions were out of character.

"I'm not a violent person but I realise that's not the image a trainer should give," Vivas said.

Quilmes president Anibal Fernandez said that Vivas was aware of his mistake but that he had no choice but to accept his resignation.

"He came to my office and handed in his resignation. He knows he put his foot in it and realises the situation is uncomfortable for the team and regrets his actions," he told Radio La Red.

"We're trying all means to curb violence (in football in Argentina) and he can't commit such an error."

The now-managerless Quilmes are 16th in the Argentina Primera Division, with just one win in their last seven league games.