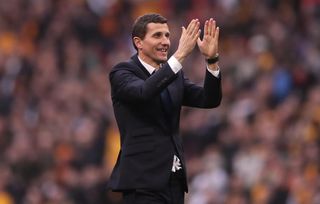 Watford host Southampton on Tuesday night with Hornets head coach Javi Gracia insisting his side need the points just as much as their lowly visitors.

With an FA Cup final meeting with Manchester City on the horizon and the potential for a seventh-placed finish in the Premier League, Gracia has enjoyed a fine first full season at Vicarage Road.

Southampton, meanwhile, are still not mathematically safe from relegation and are currently five points clear of Cardiff in 18th – despite winning three of their last five matches.

The trip to Hertfordshire is their game in hand and a chance for Ralph Hasenhuttl’s side to all-but secure another season in the top-flight, but Gracia will be sending his players out with a clear message.

“I think before playing the game, my players know perfectly that we need the points more than them,” he said.

“It is the best mentality to get the points available. If we don’t play with that feeling it is difficult to get results.

“They really need the points as well. We try to compete as well as possible because I’m sure we will have to if we want the points.

“All of the teams are honest and always they play very well and it is always difficult to get points in the different circumstances.

“We have to be concentrated until the end, if we don’t do it in the next games, I’m sure we won’t be able to achieve the results we want.”

Gracia has earned plenty of plaudits in leading Watford to just the second FA Cup final in their history and already achieving a record Premier League points total.

The Spaniard, however, is pleased that his players are now starting to be hailed for their form in what could prove to be an historic season.

“I am happy at the moment,” he added.

“I live in the moment and I enjoy the moment, the success of this season is not only at the end, we have to enjoy every day and every single game.

Captain Troy Deeney remains suspended for the Southampton game having seen his appeal for a red card in the recent defeat to Arsenal rejected.

In a timely boost with the cup final on the horizon, Roberto Pereyra could play some part on Tuesday night having overcome a hip problem.