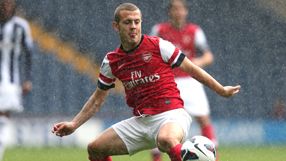 The midfielder made his first appearance for the Gunners in 14 months during an U-21 encounter with West Bromwich Albion on Monday.

His return will be a boost for the North London side and England, but Wenger is adamant he won’t rush Wilshere back to first-team duties.

"Jack [Wilshere] needs a few games, progressive build-up to get his body used again to competition, to shocks, to fights, but he is doing extremely well, the situation looks very good," said Wenger.

"We have to be cautious, not crazy, because of his talent you are always pushed in a situation where you would like to rush him back, and we have to resist that.

"The next match should be next week and he is working very hard.

"The body is like that, when you have been out of competition for 14 months it takes a long time to find your sharpness back. You cannot rush it."

The Arsenal boss is confident that a steady fitness programme will see the club and national side reap the benefits of the 20-year-old.

"You have to try to combine the three but the most important thing of course is the health of the player.

"[England manager] Roy Hodgson is long enough in the job to know that a player who has been out for 14 months, you have to give him time to play again. When the time comes up, he will play for England again of course."